TMCOMAS present at the 6th edition of NAPEC fair of Algeria

TMCOMAS continues to expand internationally and it also expands its presence in fairs and exhibitions across Europe and North Africa. On this occasion, and as we are increasingly present in the Algerian market, we have witnessed the NAPEC fair which was held in Algiers, from 8 to 11 March.

This 6th North African Petroleum Exhibition & Conference dedicated to the activities Upstream, Midstream and Downstream and to the companies, products and services related to oil and gas services, has had the presence of more than 600 national and international exhibitors.

One more year, and after the assistance at the last year edition, TMCOMAS has been there again with his Sales director, Miquel Bastart, and its representative in the African country, Hakim Mahouni.

In its stand on the fair, TMCOMAS has used the meeting to present both their existing customers, as future, its latest news on plasma coatings and laser cladding as well as the other services offered in babbit bearings, mechanical precision, repair of rotating equipment, special welding and reverse engineering.

In addition, during the three days that lasted the fair, both exhibitors and visitors had the opportunity to attend and participate in various conferences and workshops led by representatives of different companies.

The NAPEC fair of Algeria is the most important exhibition of the oil and gas industry in Africa. And the numbers prove it. In total, the show has been visited more than 25.000 professionals, with the presence of companies from more than 30 countries and with a coverage of 120 international journalists. 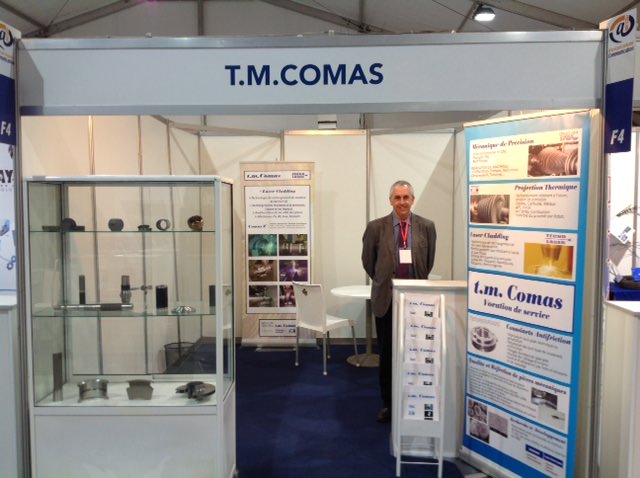